Taxidermy is everywhere these days. Though pretty high up on the coolness scale, it also costs a pretty penny and isnâ€™t suitable for hardcore animal lovers. Here are some taxidermy alternatives that will add flair to your wall without the guilt.

For those bummed that they will never be able to â€œbagâ€ a dinosaur, Urban Outfitters brings you this, for just $24.99. 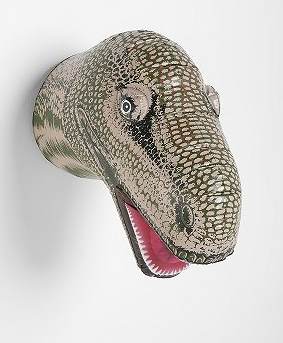 Get on this little guyâ€™s good graces, and he may just tell you how many licks it takes to get to the center of a Tootsie Roll Tootsie Pop. $13.85 on Amazon. 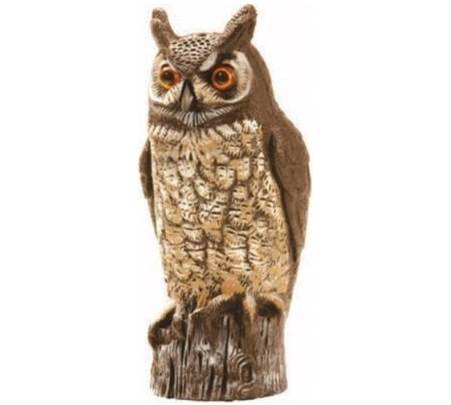 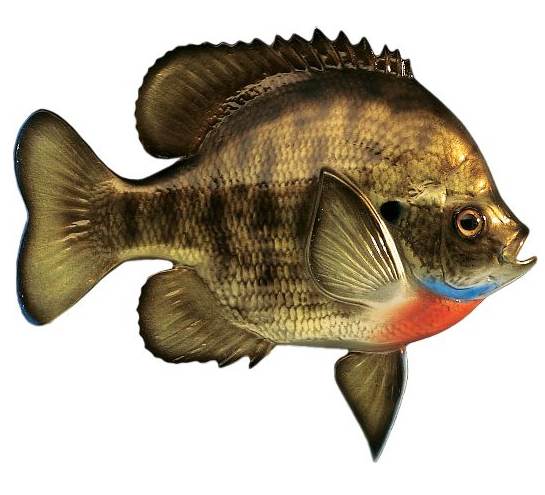 Dapper Cadaver is one of the better URLs Iâ€™ve seen in a while. They sell all manner of neat oddities, like this jackalope head for just $36! 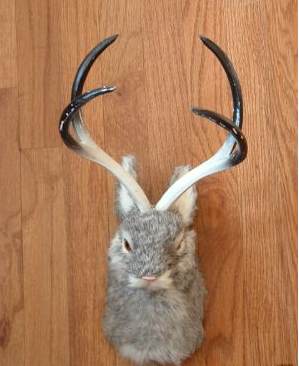 This cardboard rhino letâ€™s you channel your inner Hemingway, minus the booze and broads. $52 from Cardboard Safari. 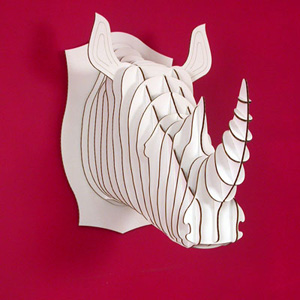 Evolution on Spring Street in Soho is a goldmine for all things natural history. This is eclectic home decor at its finest. 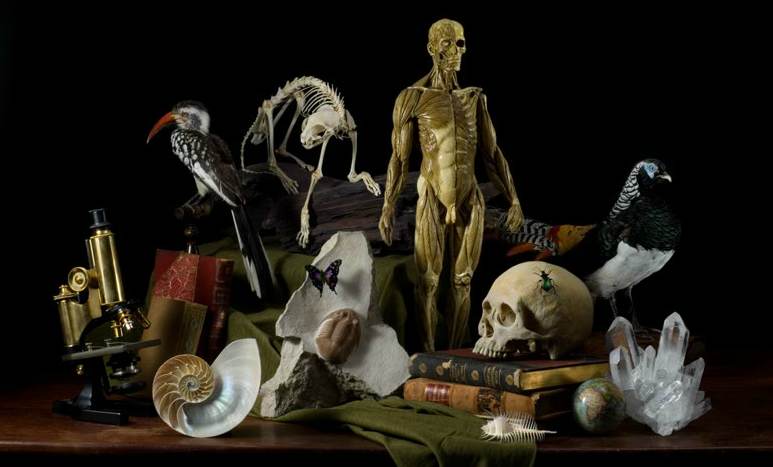 Have a hankering for a human skull? Evolution has a handful to choose from… 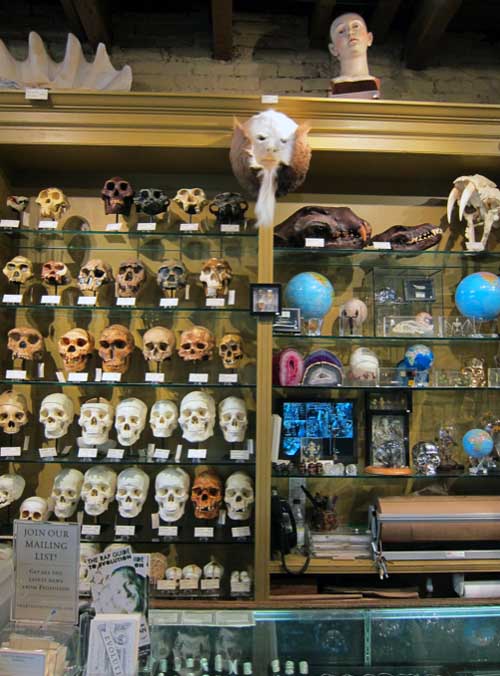 I’d buy anything from this adorable raccoon, including a raccoon penis bone. 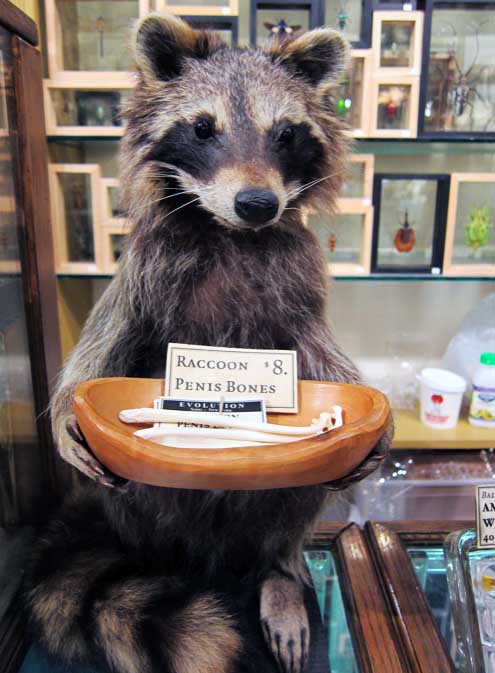 Deer antlers stuffed in a bowl might make a striking centerpiece. Have this mini-me skeleton greeting guests at the entrance for a mere $89. 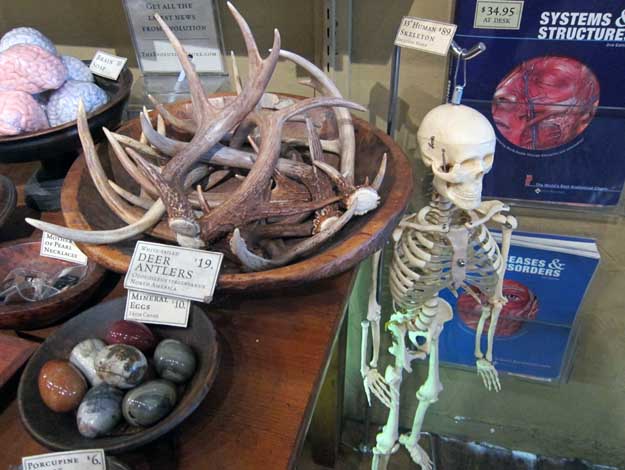 Looking for a gift for your significant other? Nothing says I Love You like a tiny handcarved antler skull. 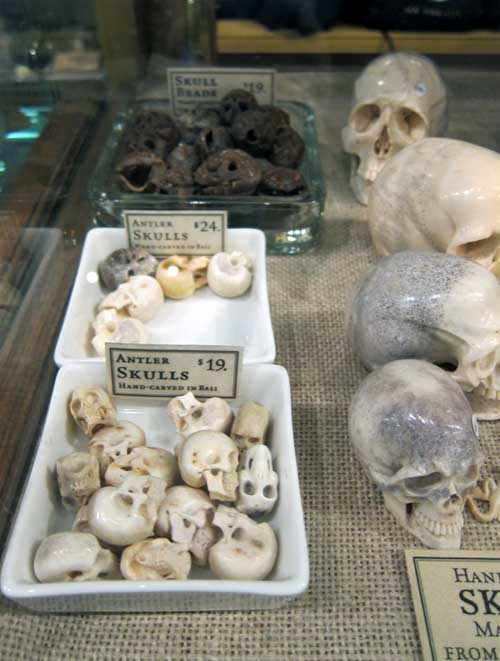 Evolution has numerous displays of natural malachite and other minerals and stones. We especially like the pyramid-shaped malachite pieces in front. Place one on a desktop or coffee table and keep the rest of the space free of clutter to maximize its presence. 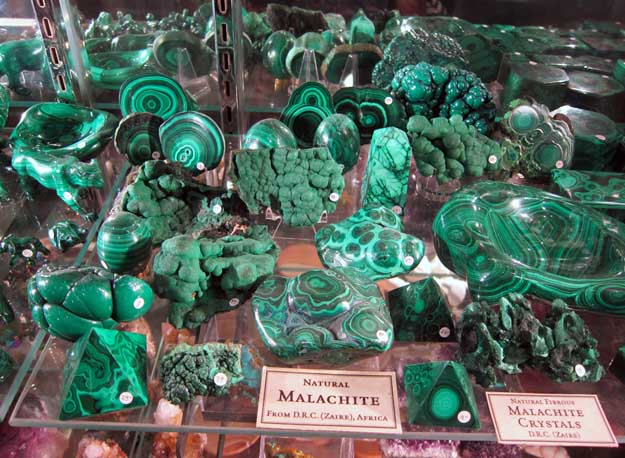 Embrace the true New Yorker in you with a mouse. Freeze dried, of course. 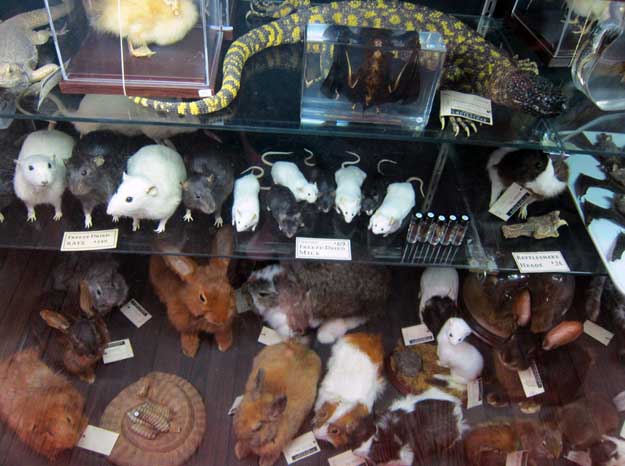 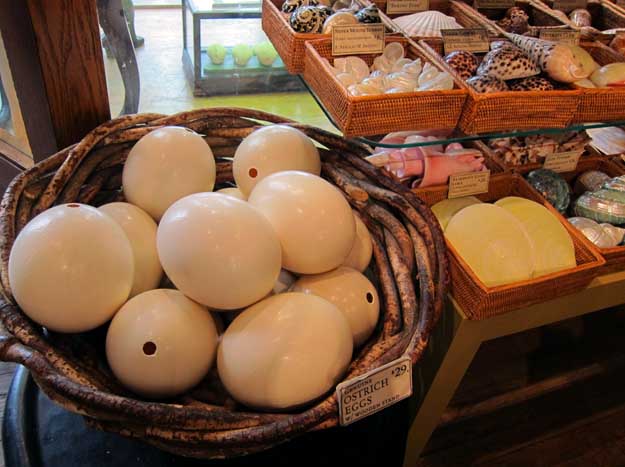 Looking to impress someone? Get them a siamese twins candle. 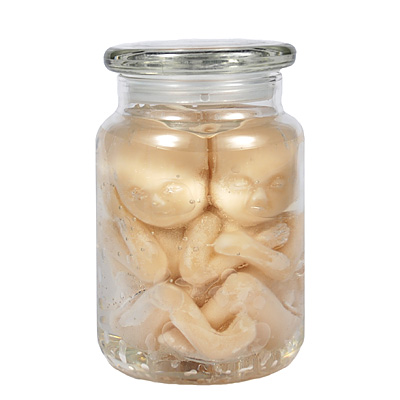 Painting your bathroom walls in deep red and hanging a framed tarantula in there will guarantee you the most “interesting” bathroom in your apartment building. 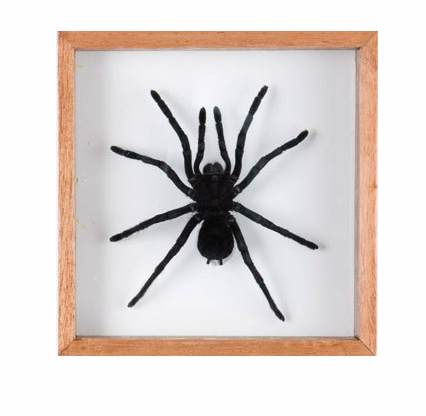