A large, billowy pendant can do wonders for a room in need of some soft lighting. These pretty pendants, in light whites and neutrals, would look stellar above a bed or couch, adding romantic ambience whether the lights are on or off. 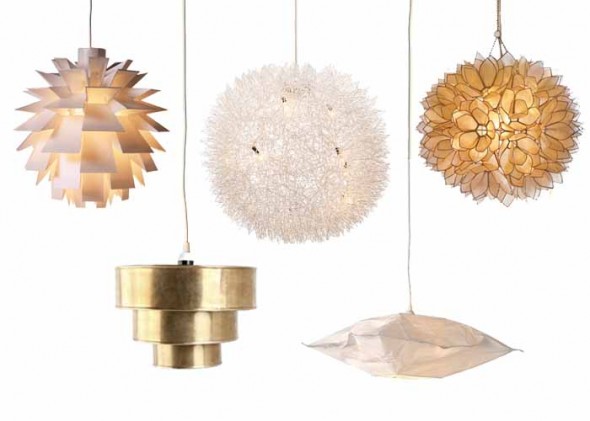 This bulbous Chiasso pendant is a jumbled mass of aluminum and chrome thatâ€™s lit by eight small bulbs within. $118. 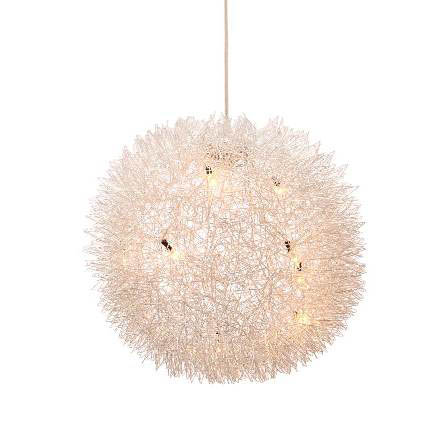 Designed in 1969 and composed of 69 pieces, the Norma69 Shade is nothing if not shagadelic.$130 from The Conran Shop. 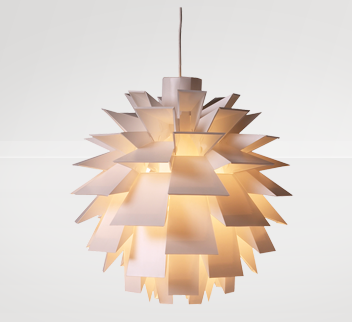 This classy tiered brass pendant from Urban Outfitters looks way more expensive than its $64 price tag, and is likely to develop a cool patina over time. 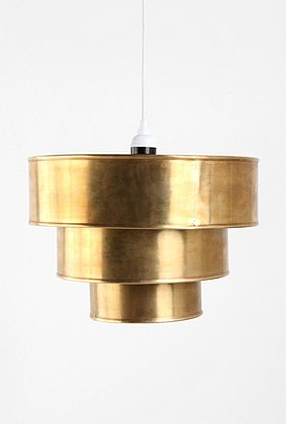 Buttery capiz shells are trimmed with nickel and arranged like a lotus flower on this dreamy pendant from Pottery Barn. $199. 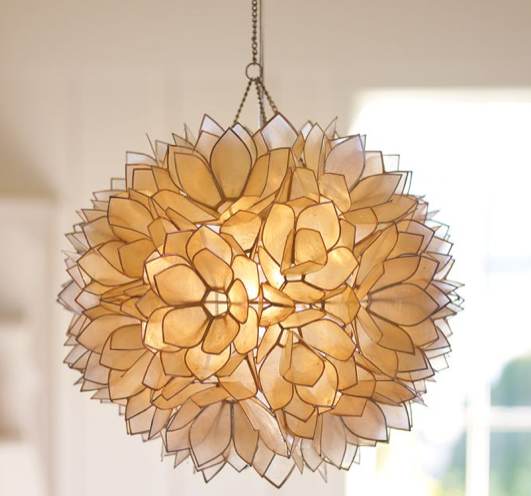 Simple does it on this chic and cheap IKEA paper shade, which is a nice update to the round paper lanterns IKEA is known for. $5.00. 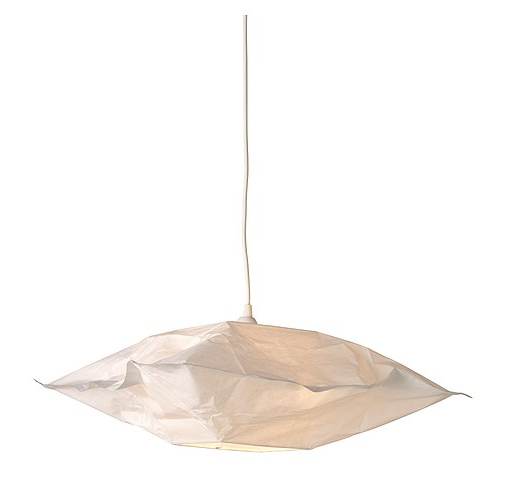